The current state of the Czech labor market

The Labor Office of the Czech Republic recorded a total of 231 565 job seekers and 309 996 vacancies. A total of 220,322 vacancies were suitable for foreigners.

In comparison with other EU countries, the Czech Republic had the lowest unemployment rate across the EU (EUROSTAT data June 2018). the following data is from the Czech Labor Office.

Total of 220,322 vacancies were suitable for foreigners 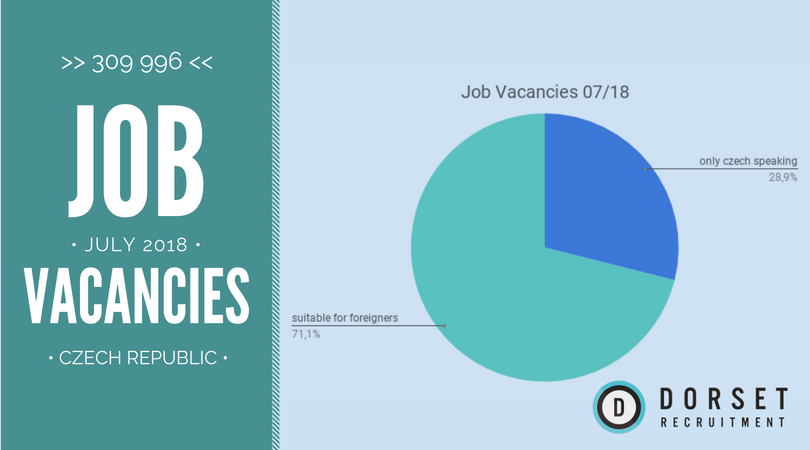 The current labour market is mainly influenced by the growth of the Czech economy coupled with the limited available local workforce. Increased industry and manufacturing and seasonal jobs are also a factor in producing increased job opportunities. State support for job creation known as Active Employment Policy (APZ) has also contributed to a higher level of employment opportunities. In the short to mid term, low unemployment levels are predicted to remain.

The slight increase in unemployment can be explained in part by the annual entry of university graduates onto the labour market. Typically, companies in the Czech Republic reduce their hiring activity during the summer due to vacations slowing down interview processes. 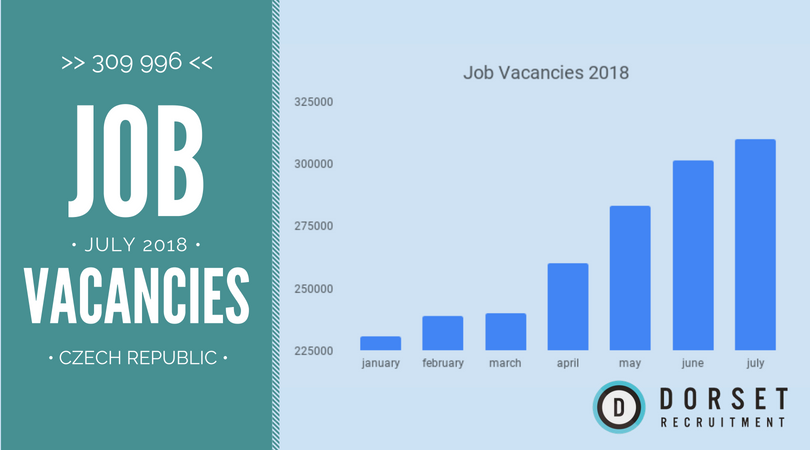 The largest volume of open vacancies are in Prague (62,284). 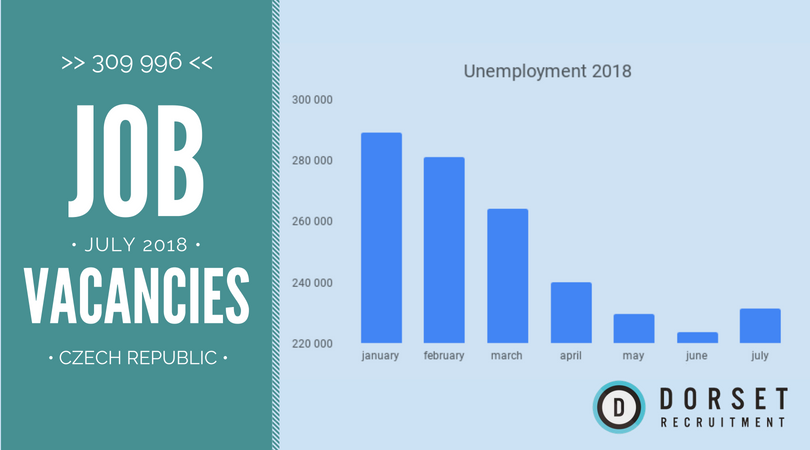 The highest demand for employees is in technical positions such as IT and Engineering. For foreigners, roles are open in a wide range of different areas, including finance and accouting, customer relations, operational roles such as sales and procurement, educational (especially language teaching) alongside tech roles in IT, engineering and manufacturing.

data: The Labour office of the Czech republic

Register and be the first to receive our latest jobs